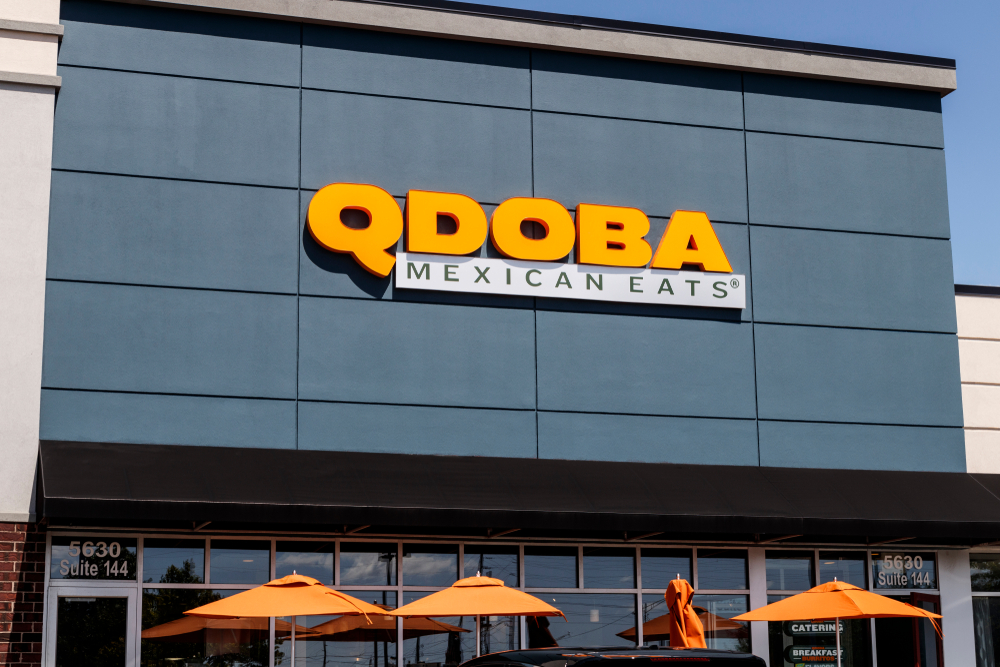 Qdoba is a fast-food-style Mexican restaurant similar to Chipotle or Moe’s Southwest Grill. If you are craving quick, convenient Mexican-style food, Qdoba has your back. With a large, versatile, and mouthwatering menu, the options and combinations are almost endless. But do they offer vegan options?

Qdoba is home to the Impossible Meat, which means there are plentiful vegan options available on their menu. Currently, Qdoba’s top vegan options include the Impossible Fajita Bowl or burrito with no queso, the Impossible Taco, Loaded Tortilla Soup, Nachos without queso, and Taco Salad without dressing and cheese. In fact, many menu items can be made vegan easily.

Qdoba offers a more versatile menu for those on a vegan or vegetarian diet than most other fast-food restaurants of its kind. Let’s look at how to order vegan at Qdoba Mexican Eats, some of their top vegan dishes, what to avoid, and related questions.

As with most restaurants, there are some non-vegan menu items to watch out for. Thankfully when it comes to Qdoba, there are not many that cannot be customized to fit a vegan diet. Below are some of the options to avoid.

If you are grabbing one of Qdoba’s Signature Eats, aside from the impossible Fajita or Burrito Bowl and their Impossible Taco Salad, their entrees contain either meat, cheese, or non-vegan sauce. Below are the ones to note if you are looking to try to modify them to a vegan diet or just want to know what to avoid.

Since we now know Qdoba offers quite a bit of vegan options on its menu, let’s look at some of the top choices and how to use the Create-Your-Own option.

Served in a bowl or wrapped in a flour or whole wheat tortilla, this meal was made with plant-based dieters in mind. To make this meal 100% vegan, order this meal without the added queso. You can also create your own bowl or burrito using Impossible Meat Made from Plants and your favorite vegan fillings. Vegan options available are listed below under Vegan Sauces and Vegan Fillings/Ingredients.

Aside from the Impossible Fajita Bowl, Qdoba offers a Vegan Fajita Bowl that is similar but without any Impossible Meat added. This bowl is mainly made up of rice, beans, and various veggies, such as their popular fajita veggies and salsas.

If you are looking for vegan tacos, simply choose the “Create Your Own Taco” option, or the “Create Your Own Taco Trio” option if you’re extra hungry. This will allow you to choose a choice of protein (such as the Impossible Meat), salsas, sauces, and toppings. Vegan options available are listed below under Vegan Sauces and Vegan Fillings/Ingredients.

Available fully-loaded and customizable or in a small cup, Qdoba’s tortilla soup is a seasonal option and 100% vegan-friendly down to the added tortilla chips. This is a favorite among frequent flyers, and many look forward to this warm bowl of comfort once winter rolls around. No need to ask for any alterations, this soup comes 100% vegan on its own.

For this option, you can choose Nachos and ask them to remove the queso or you can create your own with only vegan ingredients, such as the ones listed below. Popular choices include a variety of salsas or guacamole. You can also have Impossible Meat added to this dish to make it more filling.

Another Impossible Meat menu item is Qdoba’s Impossible Taco Salad. Order this salad without the shredded cheese or dressing and it is 100% vegan-friendly. Swap out the non-vegan dressing for your favorite vegan-friendly salsa, such as the ones listed below.

Qdoba offers a “Create-Your-Own Entrée” option for various menu items from bowls, burritos, salads, grilled quesadillas, nachos, and tacos. Choose the Impossible Meat Made from Plants for your protein or extra veggies. You can add any of the vegan sauces and fillings/ingredients listed below for a delicious Mexican-inspired meal and mix and match as you please.

1. Chips and Salsa or Guacamole

Qdoba’s chips are fried in 100% vegetable oil, making them a great vegan-friendly option with one of their fresh salsas or guacamoles.

Overall, Qdoba Mexican Eats offers a wide variety of vegan options for their consumers when compared to other fast-food restaurants. Although Qdoba’s cuisine of choice does make it easier for them to incorporate versatility than other types of cuisine, such as American foods, which are centered around meat, their incorporation and partnership with Impossible Meat Made from Plants have played a huge role in their success in the vegan world.

Qdoba will continue to rival with other Mexican-style fast-food restaurants, such as Chipotle Mexican Grill, who offer vegan Sofritas and now a vegan Chorizo on their menu. If Qdoba wants to rise above their competitors, offering vegan cheese options will likely take them there.

Find a Qdoba Mexican Eats near You

If you are looking to find the nearest Qdoba location near you, click here.

Does Qdoba Have Vegan Cheese?

Currently, Qdoba does not offer vegan cheeses as add-ons for their menu items, only traditional, dairy-made cheeses. Although Qdoba has not made mention of plans to add vegan cheeses to their menu, the addition of the Impossible Meats line means someone is thinking about those who are following a plant-based diet. Hopefully, the future will bring even more options for those looking to avoid animal products.

Does Qdoba Have Any Vegan Desserts?

Currently, none of Qdoba’s desserts are vegan-friendly. Qdoba Mexican Eats only offers two desserts, a Chocolate Chunk Cookie and Chocolate Brownie, both of which contain dairy or eggs. For those who are looking for a sweet treat after their meal at Qdoba, but want a vegan-friendly option, consider adding a side of applesauce.

If you are looking for vegan options on the kid’s menu, you will be a little disappointed. Instead of looking for vegan options there, consider choosing a “Create-Your-Own” option. Most of the items on the kid’s menu contain cheese, such as their Kid’s Quesadilla Meal, Kid’s 3-Cheese Nacho Meal, and Kid’s Taco Meal. You can Create-Your-Own single taco without cheese or any other menu item that will closely fit what your little one is looking for.

Meghan Stoops is a Registered Dietitian and Licensed Nutritionist born and raised in San Jose, California. Growing up she struggled with disordered eating and poor self-image. On a journey to learn to love herself, she discovered a passion for nutrition and dietetics. Dedicated to helping others learn the healing powers of food, Meghan uses the platform of writing to help make nutrition simple for everyone.