Labneh is wildly popular in Mediterranean and Middle Eastern cuisine, but has also made a name for itself here in the United States. Labneh can be made using goat, cow, or sheep’s milk, but the thick, spreadable texture remains the same. While many commercially produced dairy products found in supermarkets are loaded with sugar, it could leave many wondering if this yogurt-based product is keto-friendly.

Labneh is keto-friendly. It is low in carbohydrates but should be consumed in moderation to ensure total carbohydrate intake remains low. This spreadable yogurt cheese packs a big nutritional punch by providing some protein, a variety of micronutrients, and a handful of gut-health promoting bacteria. The best keto-friendly alternatives to labneh include BelGioioso Mascarpone Cheese and Philadelphia Whipped Cream Cheese.

In this article we will review what labneh is, how it is made, will discuss its nutritional profile, and offer some alternative options to labneh. Let’s dig in!

Labneh is a soft, spreadable yogurt that is a staple in Middle Eastern and Mediterranean cuisines. It is the result of straining whey from yogurt creating a thick and creamy cheese-like substance. It can be used in a variety of different ways including as a spread, dip, or ingredient in a number of different recipes and cooked dishes. While this yogurt spread can be purchased in specialty grocery stores, it can also be made at home.

How is Labneh Made?

Labneh making involves the combining of salt into a full-fat unflavored yogurt. Greek yogurt is most often used. Once salt is stirred into the yogurt, it is strained through a cheesecloth. The longer the labneh is strained, the thicker the resulting product.

What is the Difference Between Labneh and Yogurt?

The greatest differences between labneh and yogurt are texture and application. Labneh is most often strained longer than yogurt, leaving it very thick when compared to yogurt. Additionally, yogurt is most often used in and pairs best with sweet dishes. Labneh is typically utilized for more savory recipes, dips, and dishes.

Labneh has a nutrient profile that is jam-packed with beneficial micronutrients while being low in calories. Depending on serving size, labneh can provide decent amounts of protein, calcium, vitamin A, iron, and small amounts of phosphorus, magnesium, and potassium. It also tends to be low in lactose due to the excess straining of whey that takes place.

Additionally, labneh is loaded with gut-healthy probiotics. Probiotics are beneficial for things like proper digestion, enhanced immune function, and may help with cholesterol reduction.

Basis of the Ketogenic Diet

The ketogenic diet has gained a lot of popularity in recent years. It is a high fat, moderate protein, low carbohydrate eating style that was originally developed in the early 1900s to help control seizures in children with epilepsy. It has, over time, become more widely known as a weight loss approach.

How does the ketogenic diet work?

Carbohydrate is your body’s preferred source of fuel. When you deprive your body of adequate carbohydrate, an alternative energy source is needed to fuel your bodily functions. Insert: ketones. Ketones are made in your liver from the breakdown of fats or fatty acids. So, the theory is if carbohydrate intake is reduced, your body will switch from burning carbs to burning fatty acids for energy, thus resulting in fat loss and ultimately weight loss. The key to being successful with weight loss on the ketogenic diet is to stay in ‘ketosis’. It is an extremely delicate process and ingesting even a small amount of carbohydrate more than what is recommended could send you out of ketosis.

Labneh is considered a keto-friendly food as it contains minimal carbohydrate. As always, serving size is what matters most when it comes to remaining in ketosis. For those following a ketogenic diet, it will be important to review nutrition facts on the labneh product they intend to consume. While labneh is a very low carbohydrate food, consuming too much of this yogurt cheese could lead to overshooting one’s carbohydrate limit. 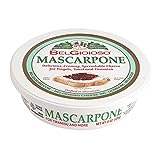 While this option is perhaps slightly higher in calories and total fat content, it offers no carbohydrate and a very similar texture to true labneh. This particular brand of mascarpone cheese is certified Kosher and non-GMO. 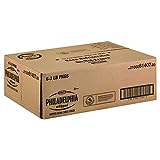 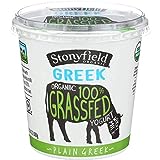 Labneh is a soft, spreadable yogurt that is a staple in Middle Eastern and Mediterranean cuisines. It is made by excessively straining yogurt to remove over 50% of whey, creating a thick, spreadable product. Labneh and yogurt often get confused for one another as yogurt is a main ingredient in labneh. However, labneh and yogurt differ primarily in regards to their texture and application.

Labneh is a nutrient-dense, low calorie food. It provides a variety of beneficial micronutrients, high quality protein, along with many gut-health promoting probiotics.

For those following a ketogenic diet, consuming a small amount of carbohydrates per day is crucial for remaining in ketosis. With only 1 gram per 2 tablespoon serving, labneh is considered keto-friendly. As long as it is consumed in moderation, its contribution to total carbohydrate intake will be small.

How can labneh be used?

Labneh can be used similarly to cream cheese. It can be spread on bagels or pita, used to make a dip or sauce, or included in a variety of different recipes, especially for baking. Its flavor may be slightly tangy compared to cream cheese, but its spreadability makes this yogurt cheese an extremely versatile schmear.

Traditional yogurts and any yogurts made from cow’s milk are not considered Whole30 compliant. Dairy is not allowed while following this dietary approach, so classic labneh would not be approved for those following the Whole30 dietary approach. There are a slew of different dairy-free labneh recipes available online, however, so these could be used instead.

Yes! Labneh is gluten-free as it uses all naturally gluten-free ingredients. As always, reviewing nutrition facts and ingredients lists is crucial to ensuring that no gluten-containing ingredients were used. Furthermore, for those avoiding gluten due to serious adverse reactions if consumed, opting for certified gluten-free products would be the safest approach.

Ashley is a registered dietitian who enjoys helping others develop healthy habits that fit seamlessly into their everyday life. She believes in a balanced approach to health with nutrition, physical activity, and mental health being the main focus. Through nutrition education and counseling she has helped countless individuals take back their health, improve their quality of life, and develop a balanced approach to maintaining their health long term.