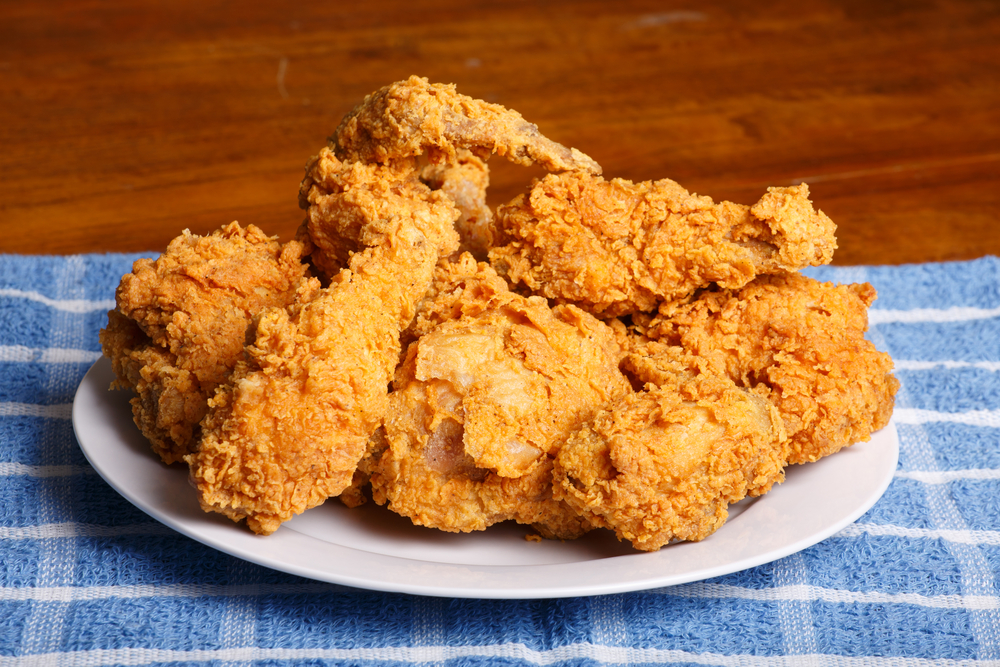 Fried chicken is a popular food in the United States and has been around since the late 1800s. You can find fried chicken, chicken strips, and chicken fingers on menus at restaurants around the country as well as at numerous fast-food chains like Kentucky Fried Chicken, Chick-fil-A, and more. You might assume that fried chicken is Paleo because it contains chicken which is Paleo.

So how is fried chicken made, and how do you make it Paleo? Read on to learn all about fried chicken, both regular and Paleo-friendly!

The Paleolithic diet is otherwise known as “Paleo” or “the caveman diet. The primary goal of the Paleo diet is to eat foods that our caveman ancestors ate thousands of years ago through hunting and gathering. The Paleo diet includes foods like meat, fish, fruits, vegetables, nuts, and seeds. It avoids foods that became popular once farming began, such as dairy, legumes, grains, and refined sugars.

Potential Benefits of the Paleo Diet

The Paleo diet is low in refined sugars compared to the typical Western diet. The majority of sugar-sweetened foods are sweetened with refined sugars like cane sugar and corn syrup. This means that your added sugar intake would likely decrease if you adopted a Paleo diet.

Many of the grains consumed in a Western diet are refined grains such as white bread, white pasta, and others. Refined grains are lower in fiber and other nutrients. Because the Paleo diet is free of these grains, there is more room for more nutrient-dense foods like sweet potatoes, nuts, seeds, and vegetables.

Some people find some relief from symptoms of their autoimmune disorders while following a paleo diet, such as those suffering from Crohn’s disease. The “Autoimmune Protocol”, an extension of the Paleo diet, has been scientifically proven to reduce symptoms in inflammatory bowel diseases like ulcerative colitis and Crohn’s disease.

What is fried chicken?

Fried chicken is usually made by coating chicken in batter and submerging it in oil at very high temperatures. If it’s done well, the chicken becomes crispy on the outside and remains moist and juicy on the inside.

One of the first recipes for fried chicken appeared in the cookbook The Virginia House-Wife by Mary Randolph in 1824.

“Chicken fingers” or chicken strips are a popular type of fried chicken available in many restaurants. According to Taste of Home, the 10 most popular fast-food restaurants known for fried chicken include:

Chicken is usually coated in flour prior to being dipped in the liquid. The typical order for dredging chicken is: coat chicken in flour, dip it in a liquid, and roll it in the breading mixture.

The key to crispy fried chicken is in the breading. Most recipes call for regular flour and cornstarch, but you can get creative and use other grain alternatives as well. Cornstarch helps give the fried chicken an extra crispy texture. Other recipes might call for breadcrumbs or crunched-up cornflakes as breading.

Some recipes call for eggs to dip the chicken in before coating it in the breading. Without a liquid-such as eggs, the breading won’t stick to the chicken.

Some recipes don’t call for an egg wash but instead use buttermilk to coat the chicken before coating it in the breading.

The sky’s the limit as far as spices to add to your breading. Salt and pepper are basics, but you can also add garlic powder, cayenne, creole seasoning, and even powdered Ranch dressing seasoning.

Peanut oil is a popular oil for frying chicken because it has a high smoke point. Other types of preferred fats are vegetable shortening and lard.

High smoke point fats like these withstand high temperatures without burning, which is why they’re preferred for deep-fat frying. The temperature of the fat should be 350 degrees Fahrenheit for good fried chicken.

Fried chicken isn’t very healthy because it’s high in fat. It can also be high in carbs depending on the amount of breading/batter used. Frozen fried chicken is typically high in sodium like most convenience/processed foods.

Can you make healthier versions of fried chicken?

Air fryers are becoming more popular for people who want to enjoy the texture of fried foods while also eating healthy. Air fryers circulate air constantly while heating it, resulting in a crispy texture similar to fried foods but without the oil.

You can achieve a texture similar to true fried chicken by baking it in the oven at a high temperature. The process is similar because you still need a liquid and some kind of breading. The difference is that you don’t need oil, just an oven preheated to a high temperature (around 425 degrees Fahrenheit).

Traditional fried chicken isn’t Paleo because it includes flour and cornstarch for the breading, both of which aren’t Paleo. Buttermilk (dairy) is often used as part of the frying process, which also isn’t Paleo.

However, if you alter the recipe and use Paleo-friendly ingredients, fried chicken can be Paleo.

How can I make Paleo fried chicken?

Paleo liquid for coating the chicken

Instead of buttermilk, Paleo fried chicken recipes call for coconut milk or eggs for the liquid.

Ghee, or clarified butter, is Paleo-friendly and can be used for Paleo fried chicken. Avocado oil is another great choice because it has a high smoke point and is Paleo.

Frozen Paleo-friendly meals aren’t necessarily healthy because they’re high in sodium. However, if you’re looking for a quick chicken-based meal, this fits the bill. 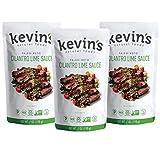 This frozen entrée is Paleo-friendly and certified gluten-free.

Fried chicken can be keto-friendly when the breading isn’t high in carbs. Almond flour breading is popular for keto fried chicken.

Is fried chicken bad for you?

Restaurant fried chicken isn’t very healthy because it’s loaded with sodium and saturated fat. For a healthier option, try making baked crispy chicken in order to obtain a similar texture without all the fat and salt.